The "Modification" of India

"If a worthy Indian, then Make in India", India is always proclaimed as a country of snake charmers that was once famously titled as "Sone ki Chidiya (Golden Bird)". But now India is losing it's worth when compared with the other nation's economy or the major superpowers in the world.

Make in India was a effort that was initiated by the honorable Prime Minister Narendra Modi, through this scheme he lend a helping hand towards the country's economy to grow independently and self sufficiently without relying on other nations (like we are dependent now).

A perfect example for Make in India would be "Khadi" or "Patanjali" wherein the products are produced and manufactured in India itself and it is supporting the Indian economy by carrying the tag of India that is "Made in India".

Out of 10 there would be hardly 1 or 2 who are the consumers of the aforementioned Indian brands and rest are adorned in the respective International brands. While giving lectures to others on India we always say that "it's all because of the mere Indians and their attitude towards India that is pushing itself back in terms of economy, literacy, culture and employment". But just ask a question to yourselves, do we really carry the tag of Made in India in any means (employment, eating outlets, apparels or any other daily need)?

Whenever we go out with our family or friends for shopping, bunking or eating we would prefer Adidas, Nike, Armani, Starbucks, KFC, Burger King (rather than Burger Singh) and many more, we would always prefer these kind of brands which are from America, China or any other nation but definitely not India. From the hairbands to the shoes we use, we have bombarded ourselves with international commodities but definitely not an Indian commodity.

Now let's look through the employment perspective; we hunt for jobs but definitely not in India. In today's era most of the graduates or post - graduates would love to their higher studies or jobs in America, Australia, China (students go for Nursing or MBBS) or any other place on globe (except Africa - due to poverty) but not India. Because they want to earn more than the value of India rupee, they want to flaunt and make their image illustrious whenever someone ask them "Where are you working?" and in reply if you say I am working in a private firm in Canada or America people would raise their eyebrows in amazement because for them America or Canada is superior in every aspect.

How tragic the situation is; at times we get angry when anyone calls our India to be a country of illiterates and beggars but at the same time we ourselves are praising other international economies by purchasing their goods, going abroad for education, working like slaves in other nations and flaunt on social media platforms by posting the glass of Starbucks, Cafe Coffee Day, showing off our iphones and many other stuffs.

Gandhi Ji initiated the "Swadeshi Movement" and it handicapped the Britishers partially. If a single soul could shake the great Britain's just think how India would turn out to be the greatest superpower when we would shed off the international existence withing our nation. Till date we all sympathized with the poor and alarming image of India but now let's start empathizing with the concept of Make in India and give a new definition to our nation, that we are no more a country of snake charmers, illiterates and beggars but definitely we are the new face of India that is literate, filled with culture, self - sufficient and self - sustained superpower.

Why don't we just join our hands and actually get back the ethnicity of India?

"Use - Made in INDIA, flourish in INDIA and that is how you MAKE IN INDIA" 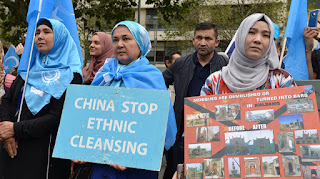 China: The Breeding Butchers of Uyghurs

China: The Born Extremist While the world is battling against Coronavirus and is holding hands in a collective effort to eradicate the pandemic, merciless China is set on a brutal war against the Uyghurs. Uyghurs are a Muslim minority population residing in Xinjiang, China’s western province, over 11 million people are living there. Everything has it’s own beauty until it isn’t untouched and amalgamated with one's enforced policies. Similarly, Uyghurs in Xinjiang have lost their ethnicity when the shrewd Communist repressive measures shattered their homeland decades ago. In 2017, Xinjiang started witnessing huge concrete-walled compounds but none knew what those unusual erected structures signified, later the mass genocide against the Uyghurs was busted. Spread across those hundreds of acres was nothing but 'detention centers' wherein Uyghurs and other Muslim minorities were separated from their families, detained and tortured As per the document, the below-mentioned point 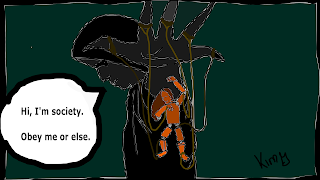 If Testicles do It’s Okay but if Vagina Dares it’s Immoral "The struggle of women and transgender is the same. Both the sections are surviving and breathing for ages but sadly aren’t accepted and liberated to live on their terms entirely. Indifferences and intolerances are still engraved within the patriarchy." In speeches, a woman is Laxmi, but in reality, women are mere sex toys surviving in the undisputed world of patriarchy. Kindly don’t mistake me, I am not feminist, I am just being myself, I am just being a GIRL. It’s my 'vagina' that decides my time to wake up, it’s the feminine bone in me that orders me to adjust because I am a girl, it’s my bleeding vagina that pricks me say ‘you have to fight your own pain’ because none will understand the immeasurable pain of those 6 days while you discharge those thick clots, the cramps you bear and the mood swings you battle with a broad a smile. The terms woman and sacrifice go hand in hand because parents teach their da 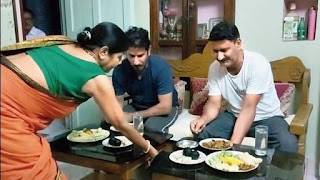 Our Almighty has created the Universe and He has deployed worthy and responsible caretakers to guard, guide, and nurture His unique handcrafts. Be it the spell-bounding flora and fauna or we the marvelous homo sapiens who have more nerve cells in our brain than there are stars in the Milky Way, damn, isn't that amazing? Like every building bears the sweat of architects and hardworking laborers, similarly, an individual's growth, and flourishment are backed by his/her family and society. And when one grows to be a better human, society too grows to be a better one. Though we're already surrounded by COVID19, economic & employment, stress few narrow-minded humans have pulled in religion to add upon the ongoing tensions. Social media is filled with hatred spewing accounts that are busy playing the blame games in the name of Hindu and Muslim. Why don't these handfuls understand that religion is a mere division and above all such petty divisions we'r