Rahul Gandhi prognosticated that Narendra Modi won't make it up for 2019 elections: would this be in reality or just a prediction made in vain?

Whenever we are asked about Modi or things related to BJP the only word that runs into our mind is "Hindutva".  But on Tuesday, that means on 14 August on an interaction with the editors on a question that asked whether he was welcoming Hindutva to pacify majority community he answered that "he was not espoused to Hindutva be it soft or hardcore".
He stated that stated that there is no wrong in going to a religious place or meeting religious leaders; his strict indifferences with PM Narendra Modi was all because of different ideologies and not personal in any means.

While Rahul was on his 2-day visit to Hyderabad he prophesied that Narendra Modi would not be able to make it up for 2019 elections and BJP would be unable to gain 230 seats in Lok Sabha. And the reason he adds to his prediction is that "it would occur just because of the alliance of non-BJP parties that would be formed in Bihar and Uttar Pradesh."

Adding credibility to his prediction he said that many parties that allied with BJP including Shiv Sena were turning against Narendra Modi from becoming the PM for the second time. He also said that Congress party is preparing a strong alliance with compatible parties against BJP to defeat them in 2019 elections.

When asked about 2019 Prime Minister's position he gave an indirect answer to it saying, "the new Congress-led alliance would make up to the 2019 elections and form the government in Centre and the candidate for PM position would be looked upon after the election results and work it out."

The next question thrown at him was regarding a shocking act done by Rahul Gandhi, the day when he went and hugged PM Narendra Modi, he said that he did not do it as a publicity stunt just did it in order to show that he doesn’t hate people unlike Modi does (Rahul states that Narendra Modi doesn’t pay due respect to his political rivals).

Usually, if a discussion or talk is raised against your rival you tend to point out all sorts of negativities that would help to demean that person on the public front, so was done by Rahul Gandhi naturally when talked about Modi. So his complain bucket was as follows:

As a concerned public servant Rahul pointed out the problems faced by the minorities in the countries and how are they feeling insecure. As India and China's relation is a hot topic and he raised this issue at the right point with right statistics that depicted the downfall in Modi government; he said that Modi flaunted on his promise of providing 2 crore jobs annually but miserably failed in it.

Where on the other hand China provides employment to 50,000 people in just a span of 24 hours whereas in India the scenario is entirely different, only 458 people get employed with the duration of 24 hours.
The last question raised to him was regarding his marriage and he ended up the talk with editors by framing a good and diplomatic answer saying that "I am wedded to Congress."

Only a couple of months are left for 2019 elections and both the major parties BJP and Congress are trying their best to flaunt their party's moral and vision. Let's see whether the prophecy made by would/would not be future Prime Minister would turn out to be right or blunder.

Popular posts from this blog 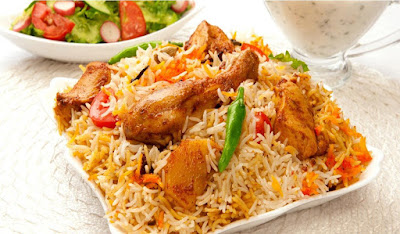 But when you move out of your work…
Read more 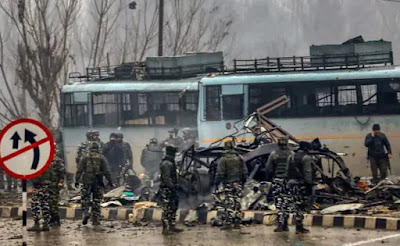 "He who plots to hurt others often hurts himself"
That was the day when Indians were stained with the blood of valiant souls who were killed in Pulwama, just like a dialogue very well said in URI – yeh naya Bharat hai, yeh badla lega (this is new India, it will retaliate). To awaken and strengthen the wounded tiger (India) our honorable Prime Minister Narendra M…
Read more

Portrayal of Women in Media

- January 23, 2018
"PORTRAYAL OF WOMEN IN MEDIA"
"Media, that is trusted to be the fourth pillar of democracy, the gatekeeper, watchdog; which is expected to reveal the truth and be neutral. Which does not show any difference between gender, religion and race." Now this is the hard core definition of media, but does Indian media also has the same context? No, because our media is busy with the TRP's; they are dying to increase their viewership by filling all sorts of nonsense that could attract more and more eyeballs to their show. India, a country where women are looked upon as goddesses, where India itself claims to be tagged as "BharatMata" and we as media broadcasters and consumers do not have a spec of shame within us to portray women as a sex symbolon Television and other mediums too.If you have keenly observed, how does our media portray women? Do you find it descent enough that every media consumers can consume it? Or does it provoke you in such a way that gives …
Read more